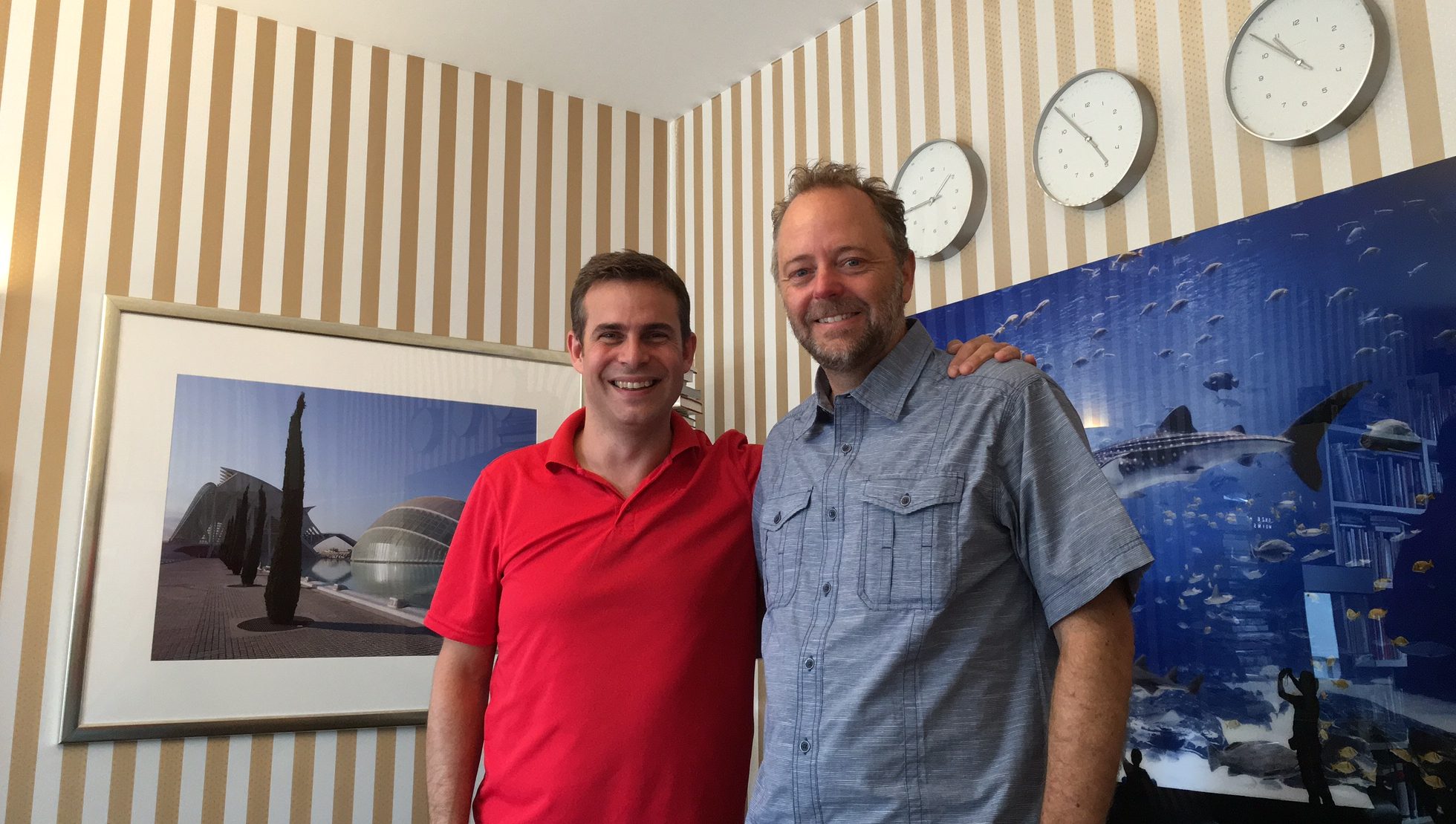 I met with my friend, filmmaker Steve Brown today. Steve created the award-winning Burning Man documentary Spark and is currently working on a movie about the refugee crisis. As you know, I and many volunteers have been active in helping refugees last year during the Eleza.org hackathon, so we had a lot of common ground to cover.

Unfortunately, with the recent attacks in Europe, the discussion is becoming more and more simplistic when it shouldn’t.

Last year, Germany accepted more than 1 million refugees. At the peak of the wave, about 10,000 people arrived at Munich train station every day. Our institutions were starting to be stretched beyond the limits and many people, myself included, worried about the future of a country where we share a lot of values implicitly. Would this still be the same country in a few years from now? Would we be able to integrate the refugees into German society? Today, we do not have all the answers to these questions.

Very few refugees reach Germany these days, mainly because the countries surrounding Germany have closed their borders. But the debate about the refugee crisis has given strength to nationalist voices and uncovered a lot of racist sentiment.

Steve’s movie is trying to bring a balanced narrative to the increasingly hysterical undertones that we hear in discussions everyday. Let’s hope that we can have intelligent conversations about the real challenges and opportunities and do away with the simplistic narrative that I see in the media, being it social or mainstream.

There is certain a risk to taking in many people from foreign cultures. How big, we cannot say. But the core values we are trying to defend certainly don’t include racism and fear of the unknown. Yes, there could be a terrorist among all the people fleeing from terrorists. But as we have seen, you can radicalize people born in your own country. On the other hand, you could argue, that taking in people fleeing from terrorism will actually make your country safer.

But only if refugees are not marginalized and see a future in our country. If they end up in ghettos, unable to find a job, we will have more crime and more potential for radicalism. This, by the way, also means that there is a limit to the number of people any country can accept.

If we antagonize people of different faith or color, because of misguided assumptions and prejudices, we will create a breeding ground for domestic terrorism.

That is why we have to be careful that we don’t fall into a fear-driven trap that tells the wrong narrative. For example: The shooter in the mall in Munich was a German. His parents are from Iran. He lived not far away from where I live. He admired a white supremacist and shot children who looked Turkish to him. Why are news publications all over the world calling this an Islamic attack, when it had nothing to do with ISIS? Were it not for his skin color, this would have been called a hate crime. How many generations do you have to be German before we, as a society, accept the responsibility of admitting, he was actually one of us?

When the shooting happened, a lot of people were injured in completely different locations in Munich, because they panicked. Panic is never a good advisor, so let’s also stay away from discussions driven by fear. We need to sit down and think – and then have rational conversations about how we can help the largest amount of people seeking refuge without jeopardizing the integrity of our society. I am not asking for ignoring problems and glorifying things. But let’s try to be realistic without descending into a fear-driven narrative. Let’s welcome people, while being conscious of the challenges. Let’s talk about problems without becoming racist and resorting to stereotypes.

Let’s keep in mind that the overwhelming majority of people arriving in our countries are only interested in a better future for themselves and their children. At the same time let’s also acknowledge our desire to protect the safety of our own kids and the values that make up our societal fabric.

Always keeping in mind the fact, that on a global scale, giving people hope for the future is the biggest insurance against terrorism there is.