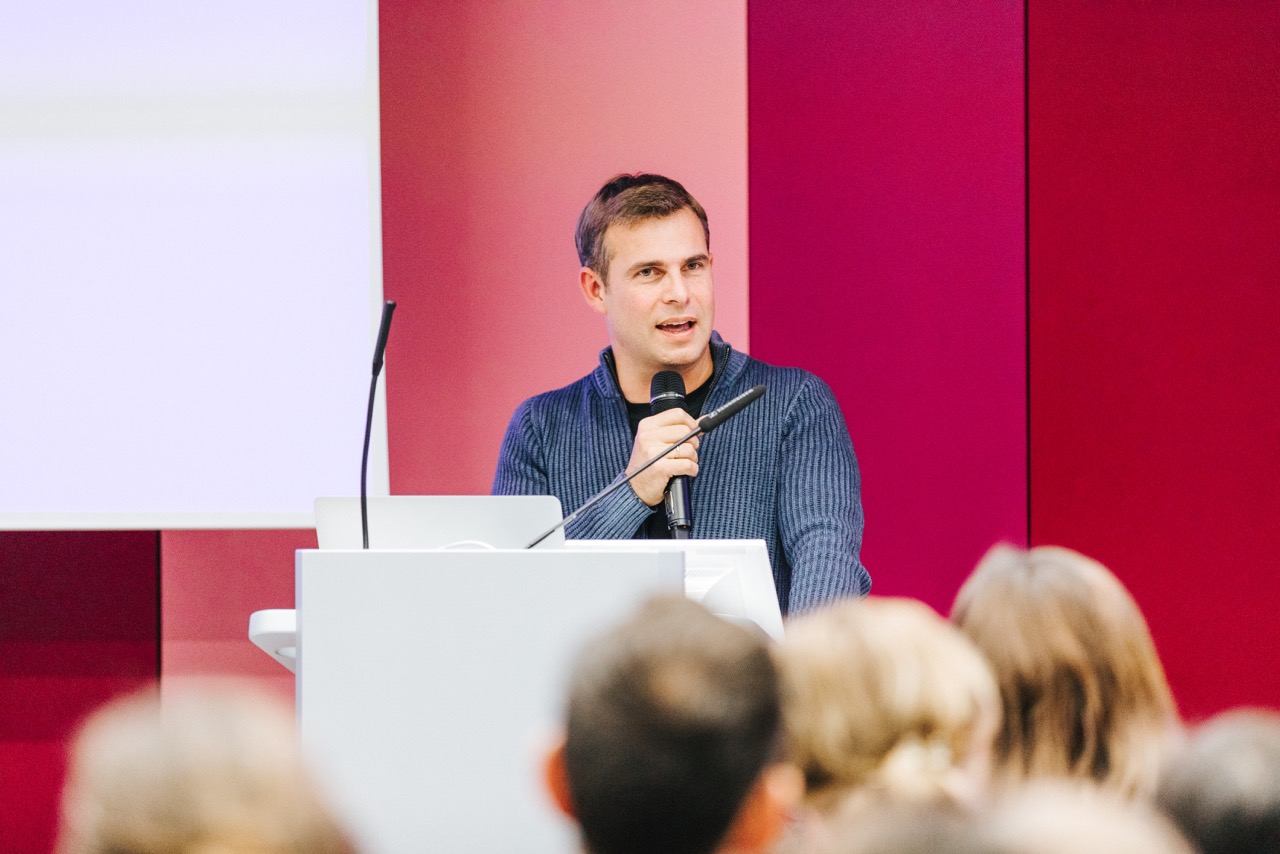 When Alev Canoglu asked me to join the Advisory Board of Female Tech Leaders, an organization that empowers women in leadership positions in technology and generally STEM fields, I knew it would be an interesting opportunity to share some of the things I learned about diversity in the past decades. At the same time it was an important opportunity to learn more about a subject, I deeply care about. Not only as a husband and father of two boys and three girls; but also — and maybe especially — as a founder of companies, who believes entrepreneurship is an essential tool to tackle the challenges of the 21st century.

I am proud that my team at Hyperganic is half female and comes from a very diverse cultural background. Diversity leads to a richness of ideas and opinions that is absolutely crucial to the success of a modern company.

Alev kindly asked me to give a keynote at Female Tech Leaders’ most recent event, which I reprint below.

So, I am the last man standing between you and the great speakers, who will follow, so I’ll make it quick.

As we get ready to vote in the German elections next Sunday, let us not forget, that until 99 years ago, women were not allowed to vote here in this country. The French even needed until 1944 — more or less because they ran out of men during World War II.

Today, women are completely equal to men — when it comes to the letter of the law — in most countries on Earth. So, we have come a long way in the advancement of human society.

So why is an organization such as Female Tech Leaders still necessary in 2017?

Why is there still a gap in many areas between men and women and why are we still scratching our heads about how to solve it?

To a certain extent changing the laws was the easy part — even though people died in the fight. Now the hard part is changing the mindset and inherent biases that still exist.

There is still outright sexism and many glass ceilings, but the age of cigar-smoking fat old men in boardrooms is hopefully gone. So it’s hard to explain, why women like you, here in this audience, are still so hard to find and why you found it so hard to get where you are and why it’s even harder to get where you want to be.

The devil lies in the details. And these details are everywhere. And sometimes they seem small. There are many, so I will just pick some examples, maybe they are trivial.

But when I read children’s stories to my younger kids, the hero is still usually male.  When I watch most Hollywood movies, women are mostly there for decoration. Some progress has been made — but come-on! In our stories, women still mostly take care of the family, and men take care of work.

As a man, I find this an extremely confining image of fatherhood. For my young daughters I find it a horribly limiting outlook in life.

The first computer programmer was Lady Ada Lovelace, yet almost no little girl knows her: A beautiful princess — who established computer science! — I mean, how cool is that?!

My youngest daughters are twins. One loves blue, one loves pink — including pink Lego blocks. And you know what, that’s OK! But why has it taken Lego until last year to introduce Lego kits with female explorers and scientists that, yes, wear pink and purple, like many women, including women engineers, do. My kids love them.

It’s these tiny little things that constantly reinforces the narrative about false choices.

What a nonsense! Who is supposed to be a judge of all this? Of course, you can! You just have to find your way of doing it. Use your own judgment!

My wife, Petra, started her first job as an astrophysicist, only a few weeks after our first daughter was born, 19 years ago. I took my laptop to the English Garden, played with little Nathalie until she fell asleep and then worked until it was time to play with her again. My wife then took over in the evening. I started my first startup in the same mode when our second child, our son Neil, was born. It was not how other people would have done it, but it was how Petra and I were doing it.

Are you supposed to follow our example? Is that the right way to do it? No — maybe — I don’t know! It’s just one option in a million. Don’t let anybody tell you that there is one good way to lead your life! Be authentic, be yourself. Don’t project an image, don’t think of your CV — just be yourself.

Frankly, we have to embrace diversity on a much broader scale than we usually discuss. We have only started exploring this newfound freedom and a lot of people are still trying to figure out who they are, who they really want to be. And it’s being complicated by all these false narratives about how a stereotypical life is supposed to look like! This is all hogwash! The only one who can define who you are is you. The earlier you truly internalize that, the happier and consequently more successful you will be.

We are living in an age of dramatic change. The 21st century with all its converging technologies like artificial intelligence, robotics, gene-editing and yes the looming specter of catastrophic climate change — all these will force us to redefine society, to re-think what lies at the core of being human.

I hope you all find the courage to truly explore who you are, what drives you, where your passions lie. Because we need every single one of you to lead and drive this change.

I hope all you fellow men in the audience step back and look at situations and behavioral patterns and try to find the challenges that women still face everywhere — often they are subtle, but have a big impact. And to the women here: do not accept glass ceilings, help the men around you become aware of the challenges of women in leadership positions — and please support each other, men or women, because one of the biggest dramas in this world is the widespread myth that you can only succeed at the expense of someone else.

The only way we will solve the challenges of the 21st century and be able to take advantage of the impressive opportunities of the next decades — is by working together, as diverse members of a team.

A team where you feel empowered to lead exactly the life that you, as an independent person, consciously chose for yourself.

A team where you fight, where you disagree — and where you can take full advantage of the depth of your unique experiences that lead to novel ideas and solutions.

So please, be yourself, shape your own life and make your contribution.

Thank you very much!